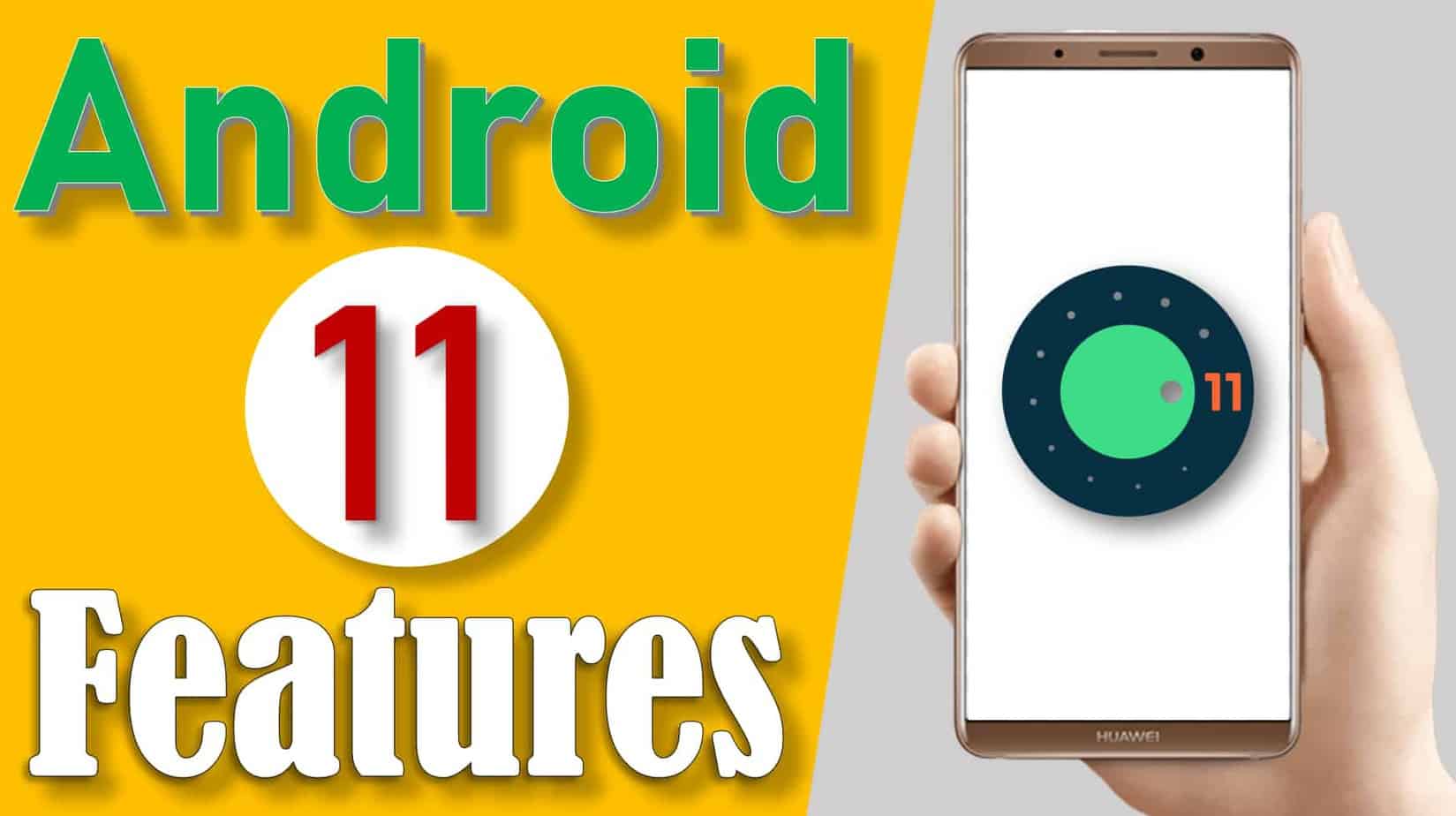 Have you updated your android version into android 11 and do you know what features are coming in android 11? So in this article, you will get to know the latest top 5 features in android 11.

So typically with every single new version of Android, we’ll get an early look at it in the form of an alpha or beta release then we’ll dig into it find the coolest new features and then share it with the guests.

Now this year with Android 11 those earlier builds were honestly a little bit underwhelming like the Alpha builds were not super feature-rich and they weren’t ready but now that we’re getting towards.

That time of year where we were supposed to have Google i/o which was of course canceled but now that we’re getting to that time the beta builds that are coming out especially. This first one is a lot more close to final and there’s some good stuff in here.

This isn’t a visual overhaul anymore this is a lot more tweaking a lot more fine-tuning but there is still some cool stuff and some good features in here. So that’s we’re gonna take a look at and yeah so this is a top 5 new features in Android 11.

This has been my favorite launcher I guess on any Android phone for a couple years. Now anytime I get a new phone I just kind of try to make the home screen feel kind of like a pixel but they have tweaked some stuff.

First of all they let me turn auto rotation on the home screen which correct me if I’m wrong that wasn’t enabled before so you can just turn your phone sideways like a tablet and just use it.

I don’t think I ever would use my phone like that on the home screen I almost never turned it that way anyway so it’s cool I don’t think that was enabled before then there’s now a new option for your bottom row of apps to be app suggestions.

So basically it moves everything up a row and then that whole new bottom row is suggested apps to open on your phone based on learned behaviors and you can pin a suggested app and place down there.

If you think it should be there permanently and there’s also an option in settings to block an app from ever showing up there so just check the box if you don’t want it to ever be suggested.

I guess if those suggestions get really good but I’m not a huge fan of the idea of my home screen being variable I feel like they should just stay locked in place so I have quick access to everything now inside the app drawer they let you have that top row as suggestions that’s cool.

I’ll leave it. It’s been like that for years but yeah I think I’m probably not gonna use that option then the apps witcher is also a little bit different huge cards still but now you get an app screenshot button a share button and a select button to select text within the app and you now lose the extra pull down up to get into the app drawer and there’s some small new animations.

Did you catch that you can see the wallpaper shifts a bit when you pull the notification bar down and it also shifts when you pull up into the app drawer it’s really subtle it’s super subtle but that’s nice?

Number two is new media controls up at the top now this is an option that’s actually not enabled by default and I suspect that’s because it’s a bit buggy and incomplete but when you do go into the developer settings and enable it. It puts little colorized media widget in the top of your quick settings.

I think this is sweet it’s like an Android eyes version of the iPhones quick settings media toggle and since it’s at the top it means you never have to scroll very far to pause whatever music or podcast you’re listening.

But generally I’m a big fan of this feature you can also quickly toggle playback devices so if you have headphones or speakers paired stuff. You can quickly get the little mini player the color of it is always gonna match the album art of whatever you’re listening to so again very subtle but that’s nice.

Number three is three voice access or voice control full credits to dieter from the verge for surfacing. Basically it’s an accessibility feature so not everyone’s gonna use it but I feel like anything that improves accessibility on a phone this much could be used by anyone basically and what gets this good it’s worth it.

So the voice access feature itself is not new you can grab it from the place door it shows up in the menus of your phone and when you enable it. In this new Android beta, it’s controlling the phone with your voice and the best improvement here is instead of just saying the number corresponding to what you want to press you can actually also just say the name of the action and it’s gotten really good at responding.

Power button hold which is usually just to like turn off the phone or reset gets even more functionality. Now I’m not sure why they chose the power button hold for this stuff other than just giving quick access to things that weren’t originally quick.

When you press and hold the power button instead of just getting shut down or restart and screenshot you get all those things plus a shortcut to Google pay and whatever other cards and passes like boarding passes you have which is broken.

In this beta and then also a bunch of smart home toggles and I happen to have some compatible smart home stuff that I can control so I can turn on my smart lights on and off and they work pretty quickly.

It seems like and nest thermostat also worked quickly and easily and you can even preview nest cameras. Now again I don’t know if putting them here in the power button long-press menu is what I expected or what most users will expect to find here but I’m cool with it side note if you aren’t you can go into the system settings under power menu and take away the things.

I imagine slack and other messaging apps then alerting notifications is basically all the standard stuff that’s where you’d have them pile up normally and then silent notifications are the ones that are persistent happening in the background.

More background stuff like whether or Google now cards if it also got these more jelly animations they’re pretty sloppy actually at the moment in this beta but I think they can clean them up and they’ll look nice and that’s the real main change.

There are also some other little things like you can do bubble notifications now so basically chat heads are being supported for messaging apps this is the thing you can turn on and off in the settings.

I was never really a huge fan of chat heads so I’m keeping it off and then there’s also a new fancy screen on and off animation. There’s a lot of little things that are it for android 11.

In my point of view, my favorite new feature of these is definitely the new media controls up in the top nice little compact widget. Because I’m always listening I feel like – something music or podcast but I’m curious to let me know in the comments section.

Well, your favorite feature of these 5 is now at the end of the day the unanswered question is when will you get this update? when will you try this new stuff? because I’m testing it right now on my phone and that’s what you’d expect is a pixel to get it and there are a couple of other pixel models that can download it and test it right now.

Some people are literally daily a Miss beta but there’s kind of no way to know when a Samsung phone, HTC phone, Motorola phone, and oneplus phone are all gonna get it.

When the carriers will allow it so I don’t know if you want to guarantee that you get these latest features in your phone you have to have a pixel basically and that’s the way it’s been for a little while but other than that. That’s about all we know that’s the top 5 features in Android 11 if you have any questions feel free to drop them below.